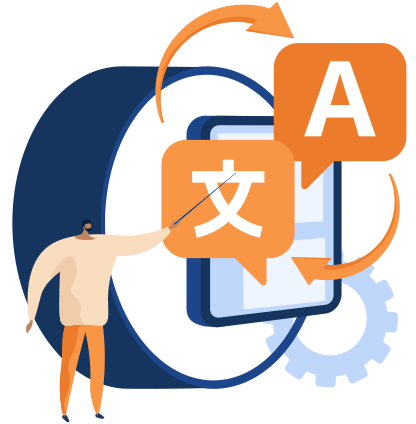 scroll down to start reading

When it comes to live events and conferences, 2020 changed everything. Suddenly, live events were on hold and virtual events filled in the gaps. As the pandemic began to recede and companies began holding some live events again, a new event format emerged: hybrid events. They are likely to be the future of all types of gatherings. Here are ways you can leverage this new format to expand your meeting success.

What are Hybrid Events?

Hybrid events combine both in-person and virtual experiences. Hybrid means that part of an event is delivered in-person on-site, and part is provided virtually from a distance, such as via a streaming service or a video conference. Both services should be flawlessly available to people attending the meetings either on-site or virtually. To ensure quality production in both formats requires expert support services, including conference interpreting.

The Conference Landscape Is Changing

Trends Moving Us Toward a Hybrid Event Future

Hybrid events deliver several advantages that ensure their future status in the business world — including the best of both in-person and virtual events. The trends leading the way to a hybrid event future include:

Bridge the Gap Between On-Site and Virtual Meetings

As an innovative way to hold meetings, hybrid events require new systems and processes for meeting production. They are a balancing act between in-person and virtual attendees and must be equally engaging for both groups. Event planners and production companies must consider the needs of each type of event to bridge the gap between on-site and virtual meetings, including the following points.

A growing number of event planners are adding language translation, interpretation and captioning into their programs to support hybrid events. To execute these services effectively, they will need the right expertise, technology and equipment.

What is Conference Interpreting?

Conference interpreting is a specialized skill that allows communication between an event speaker and a group of audience members. These services are used by any entity that holds events for multicultural audiences, such as production companies, event planners, businesses, medical organizations, governmental agencies and legal firms.

There is a range of high-end interpreting equipment that helps ensure high-quality, flawless conference interpreting is executed at events, including bridging in-person events with virtual environments:

She met with President Joe Biden, Vice President Kamala Harris and several other government officials. The organizers wanted to make Chancellor Merkel’s talks available for in-person attendees as well as remotely for media outlets and people viewing the program on live streams.

Chancellor Merkel and U.S. personalities presented in an auditorium with interpreters, equipment and audio technicians in the same location. Captioning services were provided using a remote captioner. Universe Language brought the captions to the room using a hybrid bridge system, and also sent the interpretation to the stream being broadcast using a hybrid bridge system.

Equipment used for this project included the following:

A proprietary bridge system designed and set up by Universe Language connected in-person interpretation to broadcast streams. This was for people viewing the program remotely and for English and German media needing the bilingual program in one language.

A second proprietary bridge system was used to connect a remote captioner with a broadcast stream, and to show on the screens set up in the conference room where the event took place.

One of the most technical challenges to merging the virtual with the physical environments is the transmission lag time. Broadcast streams normally have a delay of up to 30 seconds, due to the time the video and the audio data takes to travel from the place where it’s captured to the streaming outlet. Universe Language has perfected the science of minimizing lag times. Language interpretation and captioning are synchronized to what is being seen on screen, making the program, the interpretation and the captioning flow coherently and seamlessly.

There are two main modes of interpreting presentations: simultaneous and consecutive.

This is real-time interpreting in which interpreters listen to the speaker and, at the same time or within seconds, relay the messages to an audience in different languages. In these scenarios, interpreters typically work in teams of two or three. Simultaneous interpretation is often used in formal large group settings where a multicultural audience is present and multiple languages are spoken. 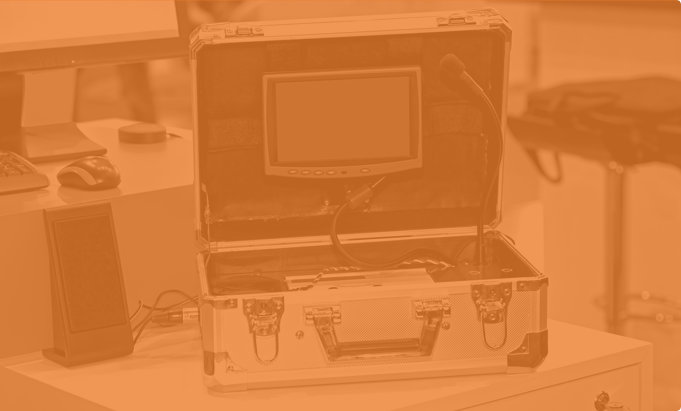 Remote simultaneous interpretation is the process of translating multilingual speeches from one language to another in real-time on a virtual platform. For virtual events, remote interpreting is powered by a cloud-based platform and can support video conferences on a smartphone or other electronic device.

Remote simultaneous interpreting gained traction during the pandemic as more companies held virtual events. With this newfound opportunity, companies are now thinking of offering interpretation for many more future events.

Closed captioning refers to transcribing the audio featured in a video or event into text and displaying it on a screen, such as for language-based translations. Closed captions can be created either by human captioners or by automated programs. Closed-captioning services are important for communicating what is being discussed for the hearing impaired in the audience at events. Companies and organizations can stream the captioned videos on the day of their event or can upload the videos on their website where the users can view them on-demand.

For live events, both virtual and on-site captions are sent using a link that can be placed anywhere on a screen or on an event website. For pre-recorded content, the captions are created as a separate time-coded file, which is overlaid on the original video.

At hybrid events, captioning can be achieved using either human captioners and interpreters at the live site, artificial intelligence-based automated captioning or translation software programs. Captioners connect the hardware and software to the A/V company’s equipment, and the captions can be displayed on the physical on-site screens and streamed virtually.

Hybrid events deliver several advantages that ensure their future status in the business world — including the best of both in-person and virtual events. The trends leading the way to a hybrid event future include:

Contact us today to discuss conference interpretation and captioning needs for your next hybrid event.

With over 20 years of experience and more than 400 in-person and remote events each year, Universe Language Solutions is a leader in hybrid interpreting services. Few conference interpretation and captioning services attempt to work in hybrid environments, and even less can do it successfully. Universe Language has been perfecting these systems since the advent of COVID-19, and now has the expertise to set them up confidently at permanent venues as well as for short-term events, such as during the U.S. visit of German Chancellor Angela Merkel in July 2021.